Translation of this page is provided by the third-party Google Translate service. In case of dispute, the original language content should prevail.

"The Anaheim Ducks are proud to be partners of San Manuel Casino and the San Manuel Band of Mission Indians. Our organizations align in two key pillars; giving back to our local community and creating one-of-a-kind experiences," said Bill Pedigo, Chief Commercial Officer for the Anaheim Ducks. "We are proud to expand and extend our 13-year long relationship, and we feel there is no better partner to do that with than San Manuel Casino." 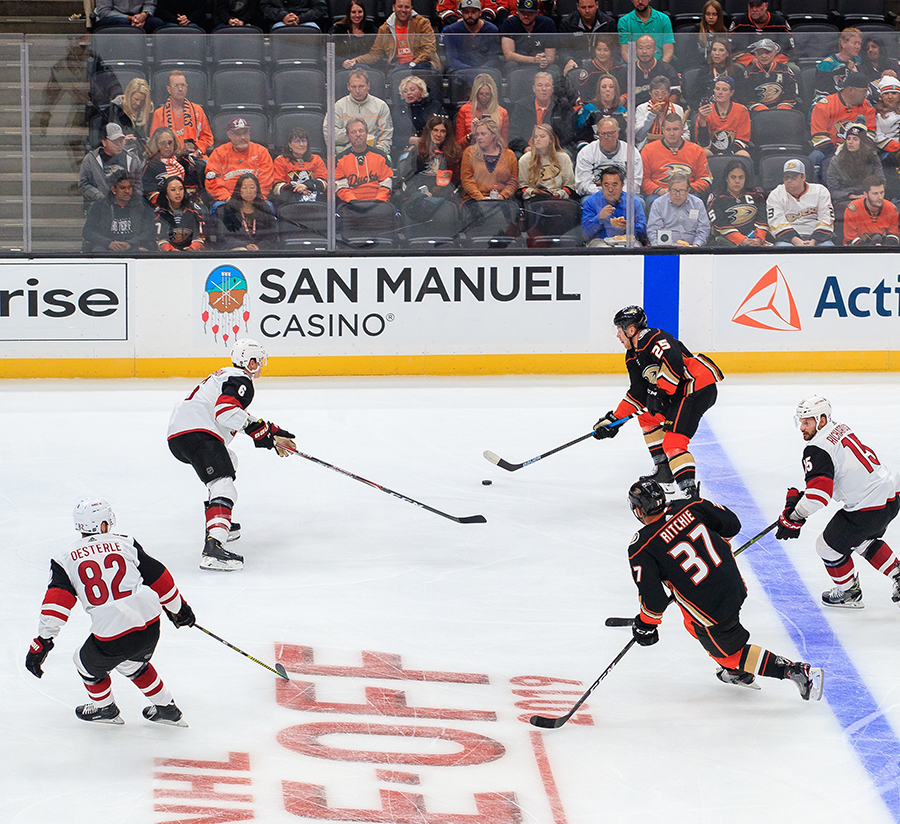 "The shared value of delivering a best-in-class guest experience between our organizations excites us in growing one of our longest partnerships in the region," said Peter Arceo, General Manager of San Manuel Casino. "With the Ducks, we look forward to another long-term commitment to delivering a thrilling experience for all."

About the Anaheim Ducks
The Anaheim Ducks enter their 27th season presented by UCI Health for their 2019-20 National Hockey League campaign. The club was born in 1992 and played its first-ever game on Oct. 8, 1993 at Honda Center (then Arrowhead Pond of Anaheim). One of 31 NHL franchises located throughout the United States and Canada, the Ducks have played to over 90% capacity crowds in their history at the 17,174-seat Honda Center. On June 20, 2005, the Ducks franchise was purchased by Orange County residents Henry and Susan Samueli. By securing the first Stanley Cup championship in franchise history in 2007, the club also became the first team from California to win hockey’s ultimate prize. The Ducks have reached the Conference Finals five times (2003, 2006, 2007, 2015 & 2017) and the Stanley Cup Final twice (2003 & 2007). The club has won six Pacific Divisions titles in franchise history, including five straight from 2013-17.

About San Manuel Casino
San Manuel Casino is Southern California’s one-stop destination for entertainment and fun, located just 60 minutes from downtown Los Angeles and a short drive from LA-Ontario International Airport. Millions of guests each year enjoy the most slots on the west coast, poker and Vegas-style blackjack, high-limit gaming, incredible entertainment, sumptuous dining and a generous player’s reward program. Since 1986, players have received over $2 billion in cash, prizes and giveaways, making any visit to San Manuel an exciting and memorable experience. For more information on San Manuel Casino, visit http://www.SanManuel.com and follow us on Twitter, Instagram and Facebook.

Book Now
This site uses cookies to enhance user experience, analyze site usage and provide a personalized browsing experience. By continuing to use this site, you are giving us your consent to do this. Learn more about cookies by visiting our privacy policy page.
Learn MoreI Agree
I agreeLearn More